4 Insidious Ways to Fail as a Print Finishing Professional

I remember my first day at work in a New York City printing company. At lunch the press room foreman invited a few of us to lunch at the corner restaurant. Within seconds of walking in his regular waitress acknowledged his presence. No sooner had our butts hit the seats when she dropped a round of beers for everyone at the table. I thought, “Hey, if this is the printing business, I think I’m going to like it!” I was a dopey 20-something kid from the country and this was, after all, the big city. “If they don’t know what they’re doing, who does?” 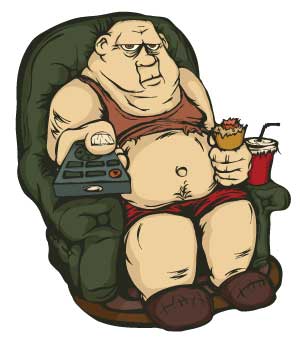 Although this work hard, play hard ethic is still found in many trades, it doesn’t quite set the best role model for authentic success. By that I mean living a happy, rewarding life in which we are able to evolve both personally and professionally.

I learned a lot of great stuff from this foreman and the other craftsmen I worked with. I also embraced the blowing-off-steam culture. Years later as a bindery supervisor I wouldn’t hesitate to take the occasional extended lunch at the local pub with friends or vendors. Drinks included, of course. Some of those ‘lunches’ extended themselves into an afternoon off. It was no surprise that my boss was annoyed with me.

I suppose that good skills and hard work counter-balanced my deficient sense of what it meant to be a successful employee. Most of my co-workers considered this type of stuff to be nothing more than the fun part of a tough job description. Many of them were too hardcore for me. Lockers were stocked with liquor and you could get an endless supply of various pharmaceuticals.

I thought I could make up for my lunchtime lapses in judgement by working an unholy amount of hours. Of course the right thing would have been to stop with the ridiculous lunches and figure out how to work smarter and more effectively.

But these experiences have taught me that far too many people don’t understand a basic principle of success; you can’t be a personal mess and a professional success. Yes, everyone’s definition of success will differ and there is a lot of gray area between “total loser” and “spectacular success.” No one is ever completely perfect.

Kevin Carey in How to Crease & Fold Paperboard & Fluted Material, (2005, DieInfo) talks about how to be successful. “To be an effective, well-balanced team player you have to be an effective, well balanced individual. By setting and reaffirming personal goals you can develop your energy, your attitude, and your participation, to help yourself and the rest of the team you work with.”

When you work on improving yourself, you make yourself a better person in every role you play at work and at home. Make no mistake; having fun is good and necessary. But when it stops our personal growth and interferes with work, it’s time for a look in the mirror.

If you find yourself believing or behaving in any of the following ways, it’s a good sign you might not be on the right path.

Entitlement without effort
I remember one regular temporary worker who showed great promise as a folding machine operator. We offered him on-the-job training with the chance to double his income within the year.

On his first day of training he said, “You know, I’m not going to do this job unless I get folder operator’s pay right away.” I told him that would come with time, and let’s see how you do the next few weeks.

At this point the only thing he knew was how to load a continuous feed folder and turn the machine off and on. He also had a problem with showing up on time and didn’t hesitate to call in sick, even as a temp. One of the conditions of training was that he had to show up on time every day and the sick days had to stop.

On his third day as a trainee he was late and he called in sick a couple days after that. Then he got angry when I told him the job wasn’t his and the training had ended. He sacrificed a great opportunity because he wasn’t willing to become a better individual. He put no extra effort into getting to work on time or curbing his nightly partying.

Education without study
I’ve always been grateful for the opportunity to learn a new skill from someone. I’d always read whatever I could about what I was learning and ask questions of anyone who might know anything.

Most people I’ve worked with have also been grateful for learning opportunities but not everyone is willing to study. I recall giving a new folder operator a manual to read. He tossed it on a table, never to pick it up again.

Machine manuals aren’t exciting. But you can learn a little something about how its systems, what makes it tick, and how to run it. This fellow either expected me to teach him everything in person, or he felt he knew enough. You don’t learn anything without a little study.

Expecting reward without an increase in value provided
It’s easy to forget that we receive money in exchange for the value we provide. It’s that simple. Yet it seems that the whole world has come to expect automatic cost-of-living raises. Those are all well and good, but they are not going to get you a significant jump in income.

Comparisons to Others
When we justify bad behavior or lackluster performance by comparing ourselves to another, we only hurt ourselves. We’ve all heard the old saying, “Comparisons are odious.” In other words there is nothing good about comparisons to others. Comparisons will be incomplete, inaccurate, hurtful, or unfair to one or both parties.

I’ve been guilty of a little of each over the years. Fortunately I got out of my own way, usually with the help of others. I learned you can’t separate the personal you from the work you. Sure, you set boundaries between the two worlds. To be a successful professional, we have to be successful individuals. We are each unique, with only our own path to carve out in this world. That’s the beauty of this fascinating human journey.