Make More Money and Make Life Easier with the CP Applicator on Your Folding Machine...

What is the CP Applicator?
The CP (Close Proximity) Applicator allows you to do in one pass on the folder, certain jobs which ordinarily require two passes or two operations in different departments.
The finishing jobs we’re referring to require perforations to be 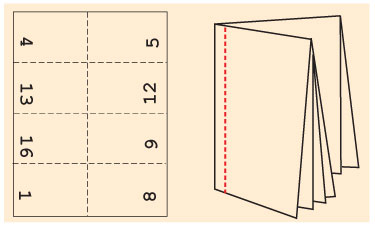 spaced closely together. There are others that require a score be placed between two closely spaced perforations. (photo below right) The design of conventional scoring and perforating tools doesn’t allow this close spacing. Nor does it allow for finishing with one pass through the folder. We’ll illustrate with two examples.
Example 1—Folded Signatures with Perforated Tear-Out Pages

If you are producing a saddle-stitched or perfect bound book with tear-out pages, it requires a perf be placed close to the spine. Typically the perf is about ¼” away from the spine. The figure at the upper right illustrates an imposition for a 16-page signature and 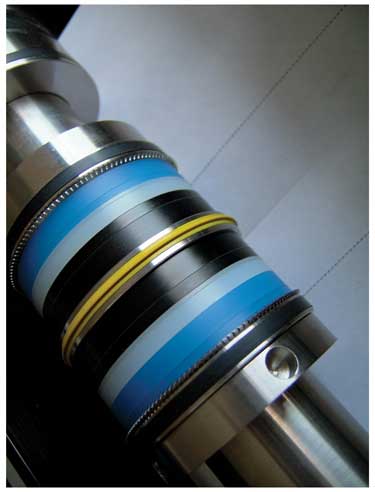 then the final signature with a perforation placed closed to the spine on each of the pages. The folding sequence:

Because the perfs are so close to the spine, you’ll need to score between the perfs to ensure accurate folding. There are exceptions to this rule depending on paper, grain direction, perf teeth/inch, etc. In most cases you will probably need a score. With the CP Applicator you always have the score available and if it’s not needed, you can remove it and run two perfs.

This same concept can also be applied to 4, 8, 12 page signatures, and more.

When you fold card stock, you always need to apply a crease to allow it to fold properly. If the card stock also has perforated tear-off panels, you again have the problem of applying two perforations and one crease in close proximity. The CP Applicator lets you do that easily. Position the perfs as needed in relation to the crease.

Also with card stock you’ll often need to eliminate fiber cracking. With the CP Applicator you get the same creasing capability as you have with the Tri-Creaser®.

How the CP Applicator Makes Money by Solving the Problem

Without the CP Applicator, the jobs described above have to be run through the folding machine twice—once for the perforations and once for the score. Another alternative is to perf on press and then score and fold on the folder. Not only do both scenarios multiply the cost and time required to do the job, they add another layer of needless complication.

It is for instance, more difficult to feed and run a pre-perfed sheet through a folder. The sheet isn’t flat and perforations often stick together in the feeding section, causing numerous doubles. In addition, the time spent on press for perforating (for which you probably don’t charge) is time that could be spent producing a profitable job. You lose money on two counts.

+ If you currently outsource this type of work, you can eliminate that time and expense by keeping it all in-house

As you can see, when you do the job correctly by reducing unprofitable second operations, you instantly increase profits. It’s not uncommon for users of the CP Applicator to pay for their tool in the first few jobs, or even the first job itself.

The Variety of Jobs You Can Run with the CP Applicator

The diagrams below illustrate the five combinations of perf and crease you can run using your CP Applicator. 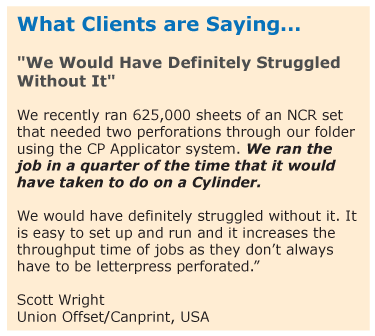 What Machines Does the CP Applicator Fit?
The CP Applicator is available to fit Baum, GUK, H&H, Horizon, MB, MBO, Multigraf, Shoei, and Stahl folding machines. If you have a question about your machine, email or call us for current availability. We are always developing new versions.
Nothing to Lose and Everything to Gain with Technifold’s One-Year Money-Back Performance Guarantee

As with all Technifold products, you are 100% protected with our unique guarantee. If after using the CP Applicator for up to one full 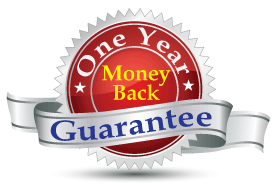 year from the date of purchase, you feel it doesn’t meet your expectations, for any reason whatsoever, return it for a full and courteous refund. Simply ship it back to us and you’ll get your full purchase price refunded to you immediately.

There are no weasel clauses. We sincerely want you to be fully satisfied with any purchase you make from Technifold USA, Inc. and this is our powerful way of standing behind what we deliver. You won’t find many (or any) vendors in this industry who offer such powerful guarantees.

There is also a three year warranty against defects in workmanship. Should any part prove defective in manufacture, we’ll replace it for free. This doesn’t apply to consumable items, normal wear and tear, or abuse.

With such a guarantee you have no reason not to get a CP Applicator in your shop today.