How to Make Things Happen in the New Year 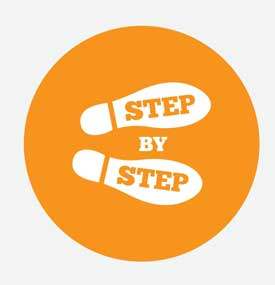 Every New Year we hear about resolutions made and not kept. A study from the University of Scranton’s Journal of Clinical Psychology, quoted on statisticbrain.com reports that 45% of Americans make annual resolutions but only 8% achieve them. I’d wager that those who don’t make resolutions have probably given up because they don’t succeed. So what’s the secret to making your resolutions happen? Should you even bother to make resolutions?

The study continues, "People who explicitly make resolutions are 10 times more likely to attain their goals than people who don't explicitly make resolutions." So yes, writing down your goals or resolutions is worthwhile. And therein lies the secret to success: take action, however small it might be. In this case, the mere act of writing down what you want makes you ten times more likely to get it!

If you’re tired of unfulfilled resolutions or dreading another year of the same old stuff, action is an antidote. Do something small but different. If you’re not sure what you want to do, here is a list of five things that should inspire you.

Do Something Outside Your Comfort Zone
Some time ago Gina, our VP of Sales, had finished her associates degree at a community college and was in search of a four year college to get a bachelor’s degree. She hadn’t applied or sent transcripts to any schools. We had no money, little credit, and no student loans with which to pay tuition. It was a struggle just covering monthly living expenses. It was the Friday before Labor Day weekend and we were discussing that classes at one potential college (Marywood University) started on Tuesday.

After a bit of conversation, I suggested she do something crazy and uncomfortable—drive to the school and talk to someone to see if she could register, even at this late date. She made the trip that morning and presented herself to the registration folks. The department chair for Gina’s intended major happened to be in her office and agreed to meet with Gina. By the end of the conversation Gina was registered and told, “Show up for classes on Tuesday morning. We’ll get this all figured out next week.”

If she had done the “sensible” thing, she would have stayed home that Friday. The sensible person would not have started school until the next semester after everything had been done properly. The sensible person would have worried about paying tuition. Instead, that single small step of driving to the school and presenting herself to the unknown opened a door to opportunity. The details fell into place because of one small action and a few years later she graduated.

Learn Something New
Many years ago I recall doing some folding machine troubleshooting over the phone with an electronic technician. I was good with mechanical problems but I knew very little about electrical circuits. The tech tried for a while to guide me through the schematic but I simply wasn’t getting it. As his frustration grew he finally said, “But it’s so easy, a child can understand it. Why can’t you see it?!”

Soon after that, I signed up for electronics courses at the local community college. Today I’m still a terrible electrical person; my brain just doesn’t work that way. But after a couple years of required non-electrical courses, I learned many other things which benefit me to this day. I learned my way around various software and CAD programs. I got a background in computer coding, programmable logic, and simple physics. And yes, I got much better at fixing electrical problems.

Join a Group
When you commit to a group activity you’re now accountable to others. That’s a powerful motivating force. Several years ago I was asked to join a vocal group because I played bass. I was uncomfortable singing in public and had never sung harmony but they assured me, “It will be OK, just come to rehearsals.”

Well, it was harder than I expected. I had to practice a lot. The fact that I was part of a group effort kept me going. We had concert dates and if I quit it would affect the whole group. So I persevered, one rehearsal at a time, and they were right. It all worked out OK.

This gave me confidence to join the choir at my church. That was even more difficult because I had to learn four to five new parts every week. But the group effort kept me going. Then our choir director asked me if I would sing with the regional Diocesan choir, a large group made up mostly of professional musicians, cantors, and music teachers. I protested that I was way out of my league. His judgement prevailed and I nervously went to the first rehearsal. I survived one rehearsal after another, then the first season, a second and a third season.

Being part of a group can help you do and experience things you didn’t think were possible.

Volunteer
Sometimes doing things for others is the best way to help yourself. Google the phrase “How volunteering changed my life” and you get 3 million hits of people sharing their experience. You can get new skills, meet new people, find opportunities, feel better mentally and spiritually, gain job experience, get a sense of belonging, and much more.

Keep it in the Day
To avoid feeling overwhelmed, keep it in the day. Focus on the present. Whatever your goal, determine what it is you intend to do today to get one step closer to it. Then do that one thing. If the answer is “nothing today,” that’s OK too. Once you’ve said it, get past it and move on to the other important things that you are going to do today.

Long lists of resolutions and self-improvement projects are daunting. That’s why they’re so easy to abandon. In an article on Forbes, psychologist Lynn Bufka says, "“Remember, it is not the extent of the change that matters, but rather the act of recognizing that lifestyle change is important and working toward it, one step at a time.”

The point of all these suggestions is to take specific action. Instead of “I’m going to volunteer this year” say, “I’m going to call the soup kitchen Saturday at 9 a.m. to ask how I can help.” One simple action leads to another. Whether you work in the printing industry or another one, these seemingly unrelated personal efforts will affect your professional life in a good way.

We don’t always know the end result of our actions. But if we’re moving in a positive direction, it will lead us where we need to be. When we present ourselves in new ways, the world responds with new opportunities. The smallest action today can turn this into a year in which you make things happen.

Have an “action” story or New Year’s resolution story? Feel free to share it below!