How to Eliminate Dog Ears on Buckle Folding Machines 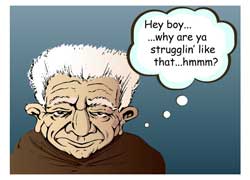 This is, without a doubt, my all-time favorite bindery tip. I say that because I struggled with this particular issue for many, many years. Then one day an old-timer I was working with said, “Hey, all you have to do is this…” and he shared the technique shown in the video below. Just like that, my problem disappeared!

As the title says, the problem we’re talking about is commonly called a dog ear, which you encounter in letter fold brochure work. A typical scenario is an 11x17 that folds to a #10 letter fold. It folds in half once to 8.5 x 11 and then into the right angle for two folds down to a letter fold. Another type of dog ear occurs when you’re perforating signature work, but we’ll talk about that in a separate article and video. 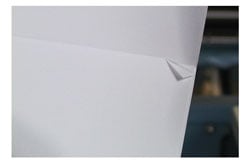 Even if the brochure is trimmed properly, there is often a tendency to get the occasional bent edge or bent corner as shown. Bent corners (dog ears) are visible from the outside. Bent edges are hidden inside but an indicator you have them is that your fold starts to vary for no apparent reason.

The conventional way to deal with the problem is to trim the job so that the inside panel is approximately 1/16” short. Some operators will trim off even more when faced with a dog ear, but this often makes the problem worse. The great thing about this technique is that it works no matter how you’ve trimmed the job, within reason of course.

You can also use this technique on a regular, single sheet letter fold. The only difference is that with the single sheet you close off the fold plates in the first section.

So check out the video below. We talk about a few things we didn’t cover in our original post on this topic, and it only takes five minutes. If you struggle with dog ears, then this tip will help you turn out some amazing folding machine work that will leave people wondering how you did it.

Note: there are other ways to deal with the problem. We'll look at some of those in upcoming videos. In the meantime, check out this sure-fire technique below, demonstrated on an MBO B123 folder.