Is Resistance to Change Killing Your Bindery Productivity?

When it comes to change, humans are an odd lot, and not just in the printing and bindery industry. Who among us has not, at some point in our lives, resisted a personal or professional change that was imposed upon us? Yet we know full well that the world, especially technology, is constantly and rapidly changing, mostly for the better.

History shows us too that resistance to change is negative. The Middle Ages is an example of institutionalized resistance. Guilds, trade associations, churches and the feudal system enforced the status quo and suppressed the standard of living for nearly a thousand years, making progress and education nearly impossible. It wasn’t until the Renaissance revitalized lost knowledge and the Industrial Revolution of the 1700’s changed manufacturing processes that the overall standard of living began to rise.

It’s also odd that we think of good economic times as stable and ‘certain’ while a tough economy means things are unstable and ‘uncertain’. The reality is that things are always uncertain. Think about it. Do you know what is going to happen five minutes from now? You might have a reasonable expectation but it is far from certain. You never really know. As you’ll see in a minute, if you have the right attitude about change, you’ll no longer fear uncertainty.

In a Harvard Business Review article, How to Deal With Resistance to Change author Paul Lawrence says “Actually, what employees resist is usually not technical change but social change—the change in their human relationships that generally accompanies technical change.” The problem, according to Lawrence and other sources, is that most companies focus primarily on the process or technology rather than on the people. The issue at the personal level goes back to our instinct for survival. Any major change is disruptive and it feels as is our livelihood, our very survival, is threatened.

But let’s get to a specific, micro example. We see resistance to change almost every day in our business. Some years ago I named it ‘operator resistance’ in response to the tiny percentage of product returns we got with our one year money-back guarantee. In those early years nearly all the returns were because of individual operators’ resistance to change. It was a new product and many individuals are resistant to anything new.

But in fact such resistance can come from the individual, from a team of individuals, or the organization (management) itself. For instance, our Spine Creaser creases book covers inline on saddle stitcher cover feeders. If a bindery creases those covers in a separate operation, such as press, scoring machine or letterpress, then adding a Spine Creaser eliminates those operations. Plus those machines are now free for productive, profitable work. The savings can be huge. Here’s how resistance to change plays out, even in the face of evidence that a company can save tens of thousands of dollars. 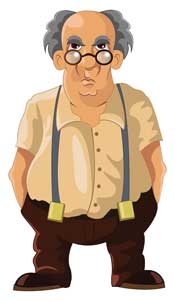 The Individual Resistor could be a crusty veteran who simply says the product doesn’t work or stubbornly refuses to use it. He feels his job just got harder. He may have to spend a few minutes more on his setup routine and do a bit of extra thinking. The truth is that while the organization has benefited dramatically, the operator feels he has suffered a loss. Prior to installation of the Spine Creaser he could just drop the covers in the cover feeder and run. If there was a problem with the cover, it was someone else’s fault. But now he feels the responsibility lies a bit more heavily on his shoulders and he is not willing or able to accept that change.

The Group Resistor might be a team of cylinder letterpress operators who feel threatened because easy work (scoring book covers) is being taken away from them. It doesn’t matter that the organization benefits and that more value is delivered to the customer. “What’s in it for me” still rules.

The Organizational Resistor is often an owner or manager who says something like “I don’t want to upset my stitcher operator. He’ll quit if I make him try something new and it’s not easy to hire a replacement.” Or “I have a team of pressman on the die-cutters and I need to keep them busy.” He’s resistant because such change upsets his smoothly running management machine.

Clearly, ‘resistance is futile’ to borrow the old Star Trek phrase. This does not mean that every change coming down the pike should be embraced. In the bestseller Who Moved My Cheese? Dr. Spencer Johnson says that what matters most about change is the attitude we have towards it. We should accept the fact that change is normal and keep an open mind to it.

Even better, be pro-active about change. Lean manufacturing practice revolves around the constant elimination of anything that does not provide value to the customer. Continuous questioning and ongoing improvements are essential. In other words change is central to the daily life of the individual within a lean organization. Problems and uncertainty are really opportunities. They generate questions that lead to making your business more productive, thus delivering more value to your customer.

Never fear, you don’t have to overhaul your entire printing business to deal with resistance to change. It can all start with you, on a personal level. Next week we’ll look at some ways to conquer resistance to change, whether you are a bindery equipment operator, manager or owner.

In the meantime, feel free to step out of your comfort zone and share your stories of change below!